Learn from the best!! 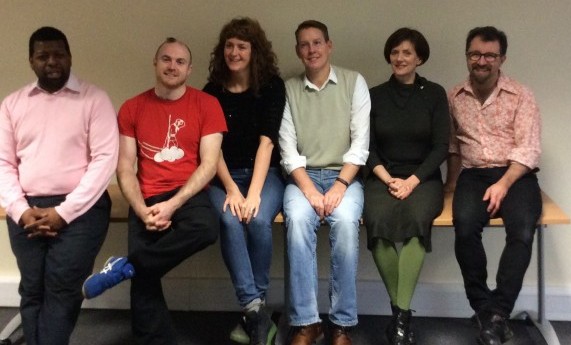 The Artists from The Academy of Creative Minds

Read the Artists biographies below.

As a “humanities geek masquerading as a musician” Alexander​ is an unusually versatile musician, music leader and educator (even by contemporary standards of musical pluralism), working across classical music, gospel music and jazz.

As an award-winning jazz pianist, Alexander has led ensembles with some of the most outstanding British jazz musicians (Nathaniel Facey, Neil Charles, Ayanna, Clark Tracey, Gene Calderazzo, Julian Siegel, Orlando Le Fleming, etc) and played the European jazz festival circuit with the Kevin Davy Quartet (with whom he also recorded for Sony Japan). As one of the pre-eminent gospel choral directors working in the UK he spent five years with the London Community Gospel Choir before retraining as a conductor of classical music. He now conducts the Huddersfield Singers, and as the Artistic Director of ADM Productions he is the founder and director of the Aletheian Ensemble (chamber orchestra), the Veritas Orchestra (jazz orchestra) and AINE (finalists, 2014 BBC Gospel Choir of the Year).

In addition to his work in music, Alexander blogs prolifically and is read in over 100 countries annually. He chairs a faith-based group that is seeking to work in the area of mental health (and ancillary areas). He is a fellow of the Royal Society of Arts and occasionally finds time to write and arrange new music.

Read more about Alex at https://about.me/alexander.douglas 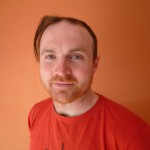 Owen Gaynor is a circus performer and director with vast expertise in the many disciplines that make up circus performance. He has performed with a wide range of companies including The Library Theatre (Manchester), Artizani, Walk the Plank, Molly Orange, The Circus House, Emergency Exit Arts, Circus Diaspora and Bassline Circus to name a few!

These performances have taken part in a variety of settings most recently including The Greenwich and Docklands International Festival, Watch this Space Festival (The National Theatre), Manchester Day, The Just So Festival, Mint Fest, Blysh Festival, The Mouth of the Tyne Festival and Glastonbury.

Owen has a great interest in delivering circus training and circus as an educational tool and has worked with many companies including Manchester City Council’s PRU service, Henshaws Charity for the Blind and Grange School for Autistic Children. He recently worked with The Circus House to facilitate the first Manchester Acrobatic Convention and continues to bring circus companies to the region to facilitate training including Ockhams Razor, Upswing, Lost In Translation Circus and Circa.

As a talented performer, Owen will enable candidates to discover skills and approaches that will surprise, engage and support. 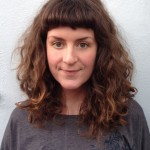 Jana is a skilled comedian, performer, MC & writer based in Manchester.  She uses truth, clown, comedy and the beauty of human happenings in her work.

Jana has facilitated arts and performance workshops since 2005, using bespoke, solution based approaches to making art and performance in Arts Centres, Museums, Libraries, Schools and Community groups. Some of the organisations she has worked with include; The Victoria and Albert Museum, Department for Education, Whitworth Art gallery and Glastonbury Festival.

As a socially engaged artist, Jana enjoys working with others – encouraging creativity to be a shared experience.  She places particular importance on the making or developing process, enabling the final results to be owned by the participants whom the work will mean most to. Working with participants to gain skills in confidence, voice, presentation and movement, Jana focuses on their specific need to provide creative solutions.

Jan’s workshops will be fun, engaging and full of animation. For  more information visit http://www.thejanakennedy.com/ and http://www.janakennedyworkshops.com/

Kate is a Theatre Director, playwright and coach who has worked with many famous celebrities in a range of well-known theatre, television and musical productions.

Kate has directed a range of performances including the cast of 200 performers for the opening ceremony of the Millennium Dome in the presence of HM The Queen and the Prime Minister, the Titanic Film Experience for 20th Century Fox, George Lucas’ Star Wars movie experience and stage shows/musicals at the Edinburgh Fringe Festival.

‘My success is thanks to the phenomenal Kate Marlow who has transformed my performance’ – Jeff Brazier, Dancing On Ice.

In addition to writing plays, including Knock, Knock’ which premiered at the Kings Arms Theatre, Salford in July 2015, Kate has a private teaching practice working with professionals from entertainment, sport, academic and corporate backgrounds. 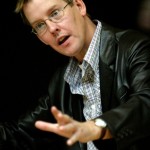 Richard is a composer with a wealth of experience gained in award-winning productions and events throughout the country.

Richard has scored for over 60 plays, regionally and in the West End, including most recently Macbeth, The Sheffield Mysteries and Afterplay for Sheffield Theatres and King Lear (starring Tim Piggot-Smith). Television scores include the award-winning animated children’s film Father Christmas and the Missing Reindeer (Cosgrove Hall) and the feature film The Brides In The Bath (Granada). Richard also composed the music for the BBC Worldwide children’s series Buzz And Tell.

The work that Richard is most involved with as a composer is very directly concerned with stories – whether in film, television or theatre. With this in mind, he also leads many workshops for diverse audiences, often non-musicians, where that sense of communication and expressing of a narrative is still key. Richard helps people work on refining an audible sound until it becomes something shaped and meaningful.

Richard has created the music and lyrics for a new musical in London, THE GO-BETWEEN at the Apollo Theatre, Shaftesbury Avenue. http://thegobetweenmusical.com 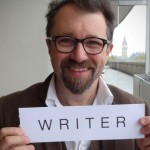 Rob Young is an award-winning writer, playwright, designer, artist and photographer who has produced work for leading businesses across the world.

“A fascinating playwright”, The Times.

Rob wrote the first online play for the RSC and Google. The project appeared on 25 million tweets, trended 4th in the world and won two Lovie Awards (Internet Oscars). His feature film, Miranda, starred Christina Ricci and won the Audience Award (main prize) at London’s Raindance Film Festival. He has since been commissioned to write original scripts for the BBC, Channel 4, Filmfour, Radio 4, Working Title, Sony, Carlton, Aardman and The National Theatre. His adaptation of Hemingway’s Pulitzer Prize winning novella won the Award for Artistic Excellence at England’s biggest festival.

Rob spent 10 years working in image libraries, including Bill Gates’ privately owned archive. As an expedition photographer, he once led 70 young people up the Himalayas. As a designer, Rob was commissioned to produce an exhibition for the Cultural Olympiad that toured Yorkshire during the Olympics.

Rob gives regular talks and workshops to help young artists. He has mentored disabled writers for the charity ‘Shape’ and underprivileged children for the East Side Educational Trust. The latter saw one schoolgirl’s work shown on buses, and bus stops, all over London.

As well as being a full-time writer since 1998, Rob works as Special Projects Producer for the multi award-winning theatre company Ridiculusmus. They create warm, witty and accessible shows about complex mental health issues. 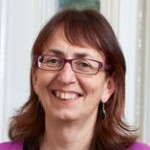 Angela has many years of experience of clinical nursing practice and practice development. She has specialised in research to capture patient experience and evaluate the accessibility and effectiveness of health services in clinical areas including oncology, cardiology, and obesity. Her research has looked at how people experience diagnosis, treatment and recovery from conditions such as lung cancer. She also has an interest in examining and understanding the health impacts of living in a cold home. Her research aims to address health inequalities and promote the development of effective health care services.

In recent years Angela has explored using different and creative ways to disseminate research and facilitate the impact and application of research. She has been involved with researchers and artists to develop a range of visual and written outputs that include pen portraits narratives and videos, photography and poems. Angela is a widely published author and speaker at national and international forums 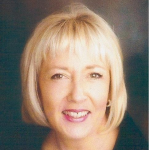 Jane works as a Chartered Physiotherapist at Wrightington Wigan and Leigh NHS Foundation Trust specialising in rheumatology with over 30 years (and counting) experience.  Having completed her National Institute of Health Research Clinical Lectureship, Jane remains actively involved in research and holds an Honorary Researcher position at Lancaster University.

Jane completed her Ph.D in 2008, and this investigated disease severity and psychological status in Ankylosing Spondylitis (AS).  Her current research now focuses on the challenges of living with this condition throughout the life course.   Jane is passionate about making research ‘real’ within clinical practice and a first step after her PhD was to initiate a research network of physiotherapists from the North West of England who have a special interest in AS (ASSIGNw).   She is also a member of AStretch (a national network of specialist physiotherapists in AS) and works on projects, which educate physiotherapists and health care professionals to improve the treatment of this condition.  Being involved with NHS R and D North West gives Jane opportunities to further develop networks and to support like-minded colleagues who share a passion for research.